Merwick’s School of Magic — Day One 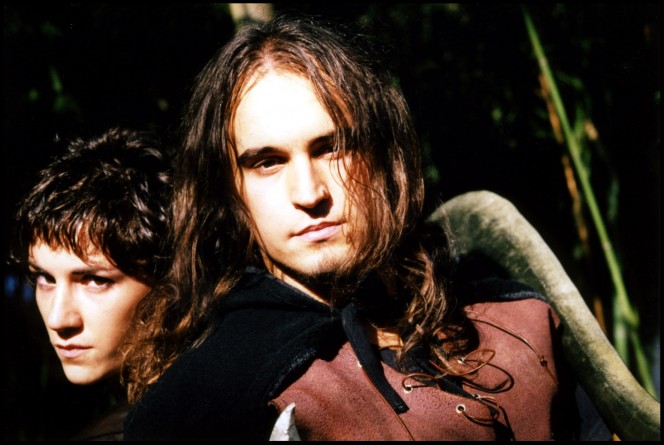 The first day of magic school started early for the students, if not for Merwick. Helgra the cook woke the students an hour before dawn and put them to work cleaning themselves, cleaning the building, and preparing breakfast. The students worked quickly and at breakfast at a large table in the main hall. As they were finishing cleaning up the breakfast dishes, the main door opened and a black clad figure entered. The man silently walked towards the front of the room, then turned sharply and addressed the students. “Does anyone here know how to read?” he asked sharply. No one raised their hands. The man looked sternly from face to face. As his eyes settled on one boy, the boy raised his hand partially and sputtered “I can read a little.” The man ignored the response and addressed the students as a group, saying “Well, it looks like we have our work cut out for us, so let’s not waste time. I am Mr. Hedgwick, your reading teacher. Please, sit down.”

The students sat at the same table where they had eaten while Mr. Hedgwick opened one of the cabinets on the wall and pulled out a stack of drawings. For the next several hours, Mr. Hedgewick instructed the students on the alphabet, showing over and over what each letter looked like and how each one sounded. He showed them pictures of everyday objects and had them sound out the spelling of each object. An hour before noon, Helgra appeared and Mr. Hedgewick dismissed the students to her care. She set them to work preparing lunch and Mr. Hedgewick quietly departed.

After lunch, a new instructor appeared. A young lady in a leather outfit walked in the front door and instructed the students push the table to the end of the room and clear everything from the center area. She then walked to one of the wall cabinets and pulled out a white sack. As she handed the sack to the nearest student, she said “Take a dagger and pass the sack around.” The students were confused, but too frightened to question their new instructor. The daggers though, were a surprise. Each one a short baton made of wood and the blades were scarcely any shaper than the handles. “I am Ms. Wilshaw and I will instruct you on the art of self-defense” the new instructor announced curtly. “You”, she stated sharply as she pointed to the tallest student, “you’ll be my practice dummy.” This elicited muffled giggles from the students, but Ms. Wilshaw showed no amusement. Wren, the new “practice dummy” did not appear amused either. Ms. Wilshaw quickly spit out instructions on the various ways to hold a dagger and the advantages and disadvantages of different strikes. She discussed proper stances for fighting with a knife and emphasized the importance of continual movement. Suddenly, she barked an order at Wren “Get ready to fight!” Wren nervously mimicked the moves Ms. Wilshaw had displayed, moving slowly and blockily. Instead of moving to fight with Wren, Ms. Wilshaw fluidly moved behind him and made adjustments to his footing, his stance, his arm placement, and his grip. “OK, everyone else, do the same!” ordered Ms. Wilshaw. The entire group clumsily separated from each other, each trying to find a space to claim as their own. “Two by two, face each other!” barked Ms. Wren. “Get into position!” She quickly went to each student and performed the same adjustments as she had with Wren. “Memorize this stance, you’re going to be using it. Class dismissed. Put the daggers up. We’ll continue this next time.” Ms. Wilshaw briskly exited the building, but as she was walking out a familiar figure passed her in the doorway.

Merwick had arrived. “Please put the table back and take your seats,” Merwick stated softly. “I trust that you’re all fully awake now. Let’s talk about magic.” Merwick addressed the students, “Magic is applied understanding and understanding is applied effort. Effort is the root of all magic. We work to understand the universe and the ability to do magic is the payment for our efforts.” Merwick then explained the different types of spell components, saying “Verbal components are sounds or words we use to coax magic into doing our bidding. Somatic components are the gestures we  make for the same purposes. Material components are objects from which we draw power for our spells. Focuses are objects which we use to focus power for our spells. Material components are used up by the casting of our spells, but focuses can be used over and over again.” Merwick then asked questions about what he had just discussed of individual students, listening to their answers and correcting small errors. Merwick then gave the students an overview of the different schools of magic, focusing on the eight classic schools. When he was finished, he again questioned the students on the lesson. Suddenly Helgra appeared from the kitchen and Merwick announced “Class dismissed! Get ready for dinner!”

As the students prepared dinner, Merwick sat silently, appearing to be deeply engrossed in reading a large tome. In reality, he was surreptitiously observing his new apprentices, watching their interactions, their attitudes, and their work styles. Merwick and Helgra dined with the students, each of the students taking turns to serve the group. After the students had cleared the table and finished washing the dishes, Merwick gathered the students together at the table again and told them tales from his youth as an adventuring wizard. As the students started to appear drowsy, Merwick bid them a good night and left for the evening.

Merwick’s School of Magic — Day One

The first day of magic school started early for the students, if not for Merwick. Helgra the cook woke…

A lich is a powerful undead creature…